DCP (Digital Cinema Package) has long been the worldwide standard for digital projection in cinemas. The short film scene also benefits from this possibility, because thanks to free software, DCPs can be created on a home computer. When you know how to do it.
Carsten Kurz is among those who know, because he is in charge of the German translation of the free open-source software DCP-o-matic and is in constant exchange with the English author of the program, Carl Hetherington, on improvements and further developments.

DCP-o-matic is the tool of choice for many filmmakers, festivals and cinema workers worldwide when it comes to format conversion from almost any source to DCP.

After a first general introduction to the basic understanding of the program, Carsten Kurz leads us to the special aspects of DCP creation, such as complex layout structures, audio levels, subtitles or encryption and distribution. 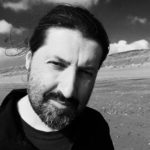 Carsten Kurz, born 1967, studied photo engineering in Cologne and then worked independently in the growing field of computer-aided audio and image processing. Since 2007 he has been voluntarily in charge of the projection and sound technology in an association-operated listed cinema in Frechen, where he has decisively promoted the digitisation and meanwhile also taken over board tasks. As a documentation devourer and passionate machine aficionado, he has acquired extensive theoretical and practical know-how in the field of digital cinema technology.

The workshop is aimed at accredited professionals.
The workshop language depends on the participants’ knowledge of German or English. The number of seats is limited, therefore registration is required:
[contact-form-7 404 "Not Found"]