After a stint in the Viennese theater world as an actress and assistant director, Amrei studied German and Romance languages and literature in Cologne and Barcelona. In 2018, she added a Master’s degree in Intercultural European Studies in Regensburg and Madrid, during which time she was part of the CinEScultura team and completed an internship at the Alcine Short Film Festival in Alcalá de Henares, Spain. Since the 25th Short Film Week, she has also been involved here, whether as a flower fairy, projectionist, sifter, or as a contributor to the school program. For this edition she has co-curated the architecture window and is creating a short film dance performance with Simone Elliott, a small program item of the festival.

“Chrissy Grundl began her meandering through Regensburg’s cinema landscape as a tear-down girl at the Garbokino, as a long-time employee at the Heimspiel Filmfest and at the counter of the Kinokneipe. After completing her master’s degree in media studies, she gave seminars on women in horror film and festival organization, among other things, worked for the film distributor MFA+ and founded the non-profit Hör & Schau e.V. for the promotion of audiovisual culture in Regensburg. Since 2019 she has been the honorary director of the Transit Filmfest, and since 2020 she has been the cinema director of the FilmGalerie im Leeren Beutel and the managing director of the Arbeitskreis Film Regensburg e.V.” 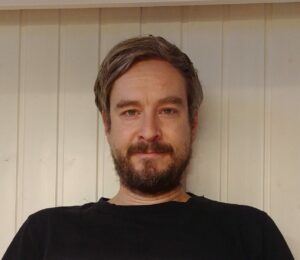 Christian Sailer, born 1975, studied sociology, psychology and communication science in Regensburg and Munich. he has been a member of the Regensburg Short Film Week for quite some time. 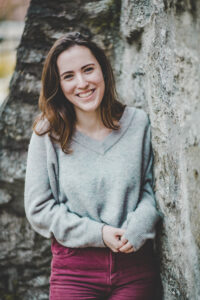 Doro(the) Just, born in 1998, is a native of Regensburg. She first came into contact with the Regensburg cultural management scene in 2017 during her FSJ at the Regensburg Adult Education Center in the marketing department. Her love of media technology tasks and culture has remained and she is currently studying media production and media technology at the OTH in Amberg. Her internship semester enabled her to go to the Empty Bag for the Film Gallery and the Short Film Week. Since September 2021, she has been working in the festival office, helping to screen the International Competition and the Regional Window, assisting with film handling, and poking her nose in everywhere that smelled of exciting tasks. 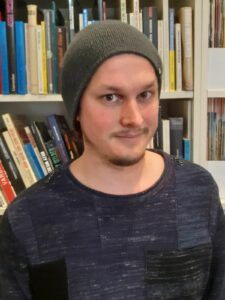 Gabriel Fieger (born 1992 in Eichstätt) moved to Regensburg in 2012 to study comparative cultural studies and Spanish, where he gained an insight into the project work of the Spanish film and culture festival cinEScultura as part of a project seminar and subsequently took over the coordination for the following two years. Through this activity, his enthusiasm for (short) films grew. Subsequently, he worked at internationally renowned festivals such as Alcine – Festival de Alcalá de Henares in Spain (2017 -2019), interfilm Berlin (2018) and at the KurzFilmFestival Hamburg (2019 and 2020). Regensburg, however, always remained his adopted home and he returned to the cathedral city for various activities in the festival landscape of Regensburg. Since 2019, he holds the office of the organizational project management of the International Short Film Week Regensburg. 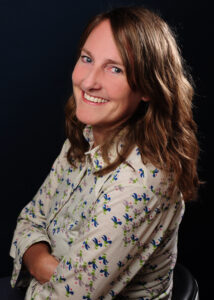 Insa Wiese was born in 1978 in the heart of East Frisia. She studied art and German language and literature in Oldenburg, where she discovered her love for film – especially short film. She made her own short films and organized the short film festival zwergWERK together with friends in Oldenburg. After gaining experience at the Hamburg Short Film Festival for a few years, she took over the direction of the Regensburg Short Film Week (now: International Short Film Week Regensburg) in 2009. Since summer 2016, she has also been working at the festival UNDERDOX. There she is jointly responsible for the short films. In addition to occasional teaching assignments and seminars, e.g. at the University of Regensburg and the HFF Munich, she is curator of various series and programs. Since April 2016 she has been on the board of the Association of Bavarian Film Festivals and since June 2019 she has been running the podcast SIMPLY SHORT! which is all about short film. In addition, she has been active for the boards short & innovative of MOIN Filmförderung Hamburg Schleswig-Holstein and Abspielförderung of HessenFilm since 2020. 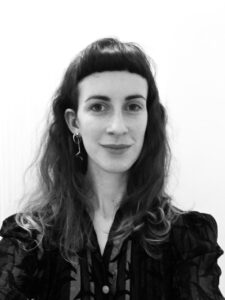 At the time, she came to Regensburg from Heidelberg because it was possible to combine cultural studies with Spanish philology here. She has experienced the Short Film Week from a variety of perspectives: as an avid film viewer, in the catalog editorial department, as a presenter, from the cinema seat, and as a filmmaker with her own rap parody. This year, too, she is in charge of the school program, which she curated together with Amrei and prepared in terms of media pedagogy. The visual, whether film, photography, design or fashion, is her thing: she can therefore remember faces extremely well – but unfortunately not street names. 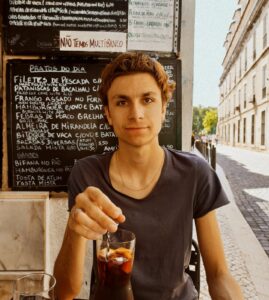 Johannes Schiller, 22, is studying media studies, art history and French at the University of Regensburg. He is a film enthusiast, writes reviews on various online platforms in his spare time and publishes short English video essays on YouTube. 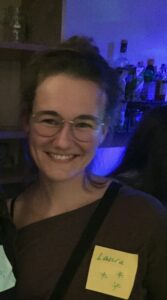 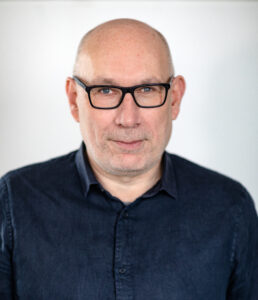 Motto in film selection: If it doesn’t rock, it’s for shit. 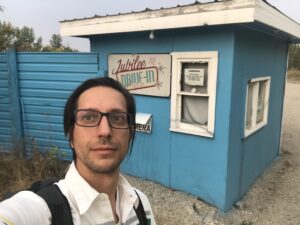 Studied media science, sociology and political science. Since 2010 at the Kurzfilmwoche and film critic for critic.de. Since 2012 staff member at the Chair of Media Studies in Regensburg. In addition to the Short Film Week, he has organized various other film series and cinema screenings in recent years (“On the Run”, “Horror Classics”, “ZeitsFiction”, “Non-Normativity” with the New York artist Patricia Silva) and participated in other Regensburg film festivals such as Heimspiel or Hard:Line. 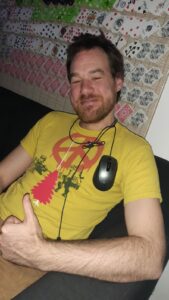 Expert for apps, webs and all kinds of digital gadgets. He finds a solution for every problem. Since 2019 he is the optimizer of the digital issues of the Short Film Week.  Since 2021 also on the road for the 20minmax Ingolstadt. He brings Filmchief to every website and every app. 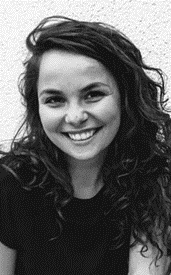 Born in 1992 in beautiful Lower Franconia, she studied German language and literature and art history at the Julius Maximilian University in Würzburg. An Erasmus semester in Paris was to strengthen her passion for art, culture and languages, and so a master’s degree in art history followed at the University of Regensburg. So it was clear that she, as a culture lover and film enthusiast, would sooner or later find her way to the Regensburg Short Film Week and that this year she would be available for the first time to offer advice and support as a guest supervisor. 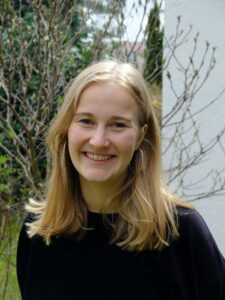 Nina moved to the beautiful city of Regensburg a few years ago to study. As a big film lover, media studies was the only option. After graduating, she got to know the world of internships, poked her nose in here and there and stumbled into the Regensburg Short Film Week three years ago by a happy coincidence. Since then, she has been part of it and mainly takes care of the regional window. In the meantime, she is studying for a Master’s degree in Digital Humanities. 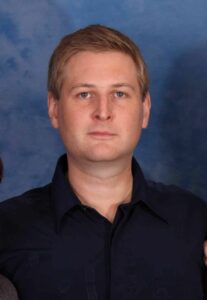 High school diploma, business training, law studies in Regensburg. All this was always connected with cinema and led to the decision of self-employment in the film industry in 2005. As an event service provider for film festivals, film production and outdoor cinema, he ensures good picture and sound – meanwhile also internationally.