My warmest greetings to the Regensburg International Short Film Week, which will be taking place for the 20th time this year and celebrating an important anniversary.  I wish all participants and visitors interesting and culturally enriching  film enjoyment!

Congratulations on 20 years of the Short Film Festival. In the name of all the Regensburgers who are interested in culture, I would like to thank those responsible – many of whom are volunteers- for creating such an important festival for contemporary art.  A successful example of what is possible with idealism, creativity and limited city funding.  I wish the International Short Film Week continued success.

Dear Short Film Week,  We wish you all the best on your anniversary.  Our favorite festival is turning 20, but never boring.  It is always an honor to be able to contribute a few quick cuts to the Party in person.

I wish the festival all the best!!! It is always amazing to see how much power, and heart and soul the Regensburg team puts into their work.  It is nice to have friends that stand up for the short film and at the same time take a social stand.  Raise the glasses to more wonderful years together!

Dear Short Film Week, Wow- now you’ve got a 2 in front.  If you didn’t exist, I don’t know what I would do.  All the best and a big thank you to the organizers, because without them we could not celebrate a birthday. HÄPPI BÖRSDÄI from your Hannes.

A heartfelt congratulations to the 20th Regensburg International Short Film Week!  I am very pleased that as the main sponsor the BMW Works Regensburg has for many years been able to contribute to the continued success of the festival.  I wish all the best to all those involved and a special thank you to the short film team for the exemplary organization!

The Short Film Week always brings up many pleasant memories – I hope many more will follow!

Happy 20! The Team from Heimspiel warmly congratulates the organizers of the Regensburg Short Film Week on their proud anniversary! We are looking forward to a varied week of interesting films, film-hungry guests, fast music and interesting discussions. To the next 20!

CONGRATULATIONS
HAPPY YOU YOU!
HAPPY REGENSBURG for such a great Week
Full of Ideas and Images
Recommendations and Impressions
Records on Plates
Films on Walls
VIVA DIE KURZFILMWOCHE!!

Even though the International Short Film Week has always been international, it is also tightly connected to the here and now. I have always liked that. Surprising films from East Bavaria compete with filmmakers from far far away. That’s what makes the cool atmosphere.

Congratulations on the 20th anniversary of the Regensburg International Short Film Week!  It is wonderful that the festival is so successful and has made a name for itself in the European short film scene.  I am truly looking forward to many exciting and entertaining films!

The Short Film Week in Regensburg is a great international short film festival because it includes everyone, from young amateurs to experienced professionals. As a film producer one gains a lot when one meets all these other creative people in Regensburg. I know from my own experience how it feels to develop a passion for film and then see one’s own production on one screen with big international productions. It is these first steps you remember the most. For me, short films are a part of culture and for their producers they can be a real big step into the industry. In this sense: Happy Birthday Short Film Week!

Dear Insa, I would like to sincerely congratulate you on your 20th short film week in Regensburg. 20 weeks full of art and entertainment, 20 weeks full of laughing and crying, 20 weeks that always pass too quickly. I am glad that I could be part of several of these weeks. Thank you and all the best.

Wishing you lots of success for the 20th edition- the three from mdkw. 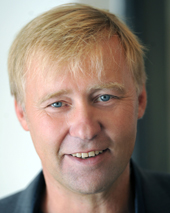 Alfred Hitchcock once said, “I’m not 70, that’s a damn lie. I am two times 35, that’s all. Two times 35.” Dear International Short Film Week Regensburg – happy second 10th birthday! I am very happy that this festival exists. I used to hear enthusiastic reactions about this festival long before I came to Regensburg – and now I myself share these from my own experience.

Congratulations to the Regensburg International Short Film Week on 20 years of enriching the cultural life in the region. We are happy to be sponsoring, along with the Mittelbayerische Zeitung, the Audience prize in the category “Together” film in the Window to the Region competition.  A thank you to the Short Film Team.  Working with you is always a very pleasant experience.

20 years on the reel… admittedly, at the time, no one would have thought that the Regensburg Short Film Week would turn into a kind of “never ending story.” And in contrast to certain other remnants of that time, it doesn’t seem like time is taking its toll on the short film festival. Is that because of the untiring makers? Or because of the amazing audience? Or because of both? Probably… Along these lines “Happy Birthday,” let the film begin!

We are looking forward to an inspiring film festival that is celebrating its 20th birthday this year and will certainly, once again, fascinate several visitors with its impressive program.

Getting older yet still young, witty and easy-going but at the same time deep and intelligent – the Short Film week is wonderfully successful at that what people would like to be.  And therefore it makes Regensburg at little bit more wonderful. Happy Birthday KufiWo – Here’s to you!

There are only a few festivals that are able to come up with such a perfect mix: an excellent film selection in competitions and special programs, many interesting guests from near and far, cheerful organizers, movie theaters with tradition, an interested audience, cult moderations, good atmosphere and lively partys.  Not to forget the wonderful city! Dear Arbeitskreis Film e.V., dear former and current Short Film Team: Heartfelt Congratulations on your anniversary!

The International Short Film Week is turning 20. That is a reason to celebrate. I have always followed this cinematic treat with great interest and amazement. Amazement because of the high diversity that you can find here, away from standard cinema. Serious, cheerful, absurd, and eternally valid stories come together in short film. Short films expand viewing patterns, broaden horizons, and give banalities metaphysical meaning. Short film is art. And we need art to survive. Along these lines: ad multos annos!

A Regensburg coffee cup on the desk and the Kinokneipe lanyard on the keychain- that really means something when you always have another festival on your mind.  A big fat congratulations to the Short Film Week and the whole team on your anniversary edition from the North. You are fantastic and we are happy that you are our friends.

Oh no! Is it true that already 20 years went by since I first visited the Short Film Week? While I’m no longer that young and active as I was at the end of my studies, the festival appears radiant like a typical tween. A mix of adolescent recklessness, first signs of adult life, a good mood for party, and openness for spontaneous love are all vital parts of the Short Film Week in Regensburg. And this only thanks to the pain-resistant passion of some relentless fans of motion picture who cannot stop spending weeks in dark, isolated rooms in order to find the best out of thousands of productions for us. A huge thanks for this. Please continue your hard work and show us the „short“ excellence of the world of film.

Happy Birthday Regensburg International Short Film Week- All the best for the next 20 years and thank you: I have always greatly enjoyed the pleasant, warm atmosphere there.

Dear Insa, all the best for the 20th birthday of your great festival! Warm regards from Jörn Staeger

The Short Film Week is an incredibly likeable, lovingly curated and artistically valuable cultural highlight that fits to Regensburg very well. All the best on your 20th birthday!

This year the Regensburg Short Film Week is celebrating its second decade and 20th anniversary edition. For over 20 years the festival has been a meeting place for an enthusiastic audience and filmmakers from throughout the world.  Every year the remarkably energetic festival team is able to create an innovative film program.  This dedication and creativity is responsible for the Short Film Week’s great success.  We can be very proud of this format that enriches the cultural life of Regensburg- that makes its more colorful and entertaining.  It has become an affair of the heart – not only for me- but for all of Regensburg.  I want to thank all of the organization teams for the last 20 years and am looking forward to enjoying this unusually multifaceted, artistically valuable 20th edition with you and all the other film enthusiasts, which this year will touch our hearts even more.

Dear film enthusiasts from Regensburg, even though the festival’s teen years are over now, I hope your vigor, creativity and courage for provocation stay with you for a long time. Let’s pop the bottles on that!

It’s the 20th anniversary of the Short Film Week. My sincerest congratulations! The Short Film Week is a vital part of the cultural scene in Regensburg and every year attracts an audience from all over the world. The international nature of the festival creates a special atmosphere and style. I’m looking forward to the events!

Dear makers of the Short Film Week, for the past 20 years, you have been enriching Regensburg’s cultural landscape every year with a qualitatively appealing and highly interesting program for a diverse target group. With the festival you have been contributing to a nationwide prominence of Regensburg where you can no longer be struck off of the events calendar. Also for the further future do I wish you all the best!